The effect Covid-19 has had worldwide is undeniable. In the next few minutes I will try to explain why understanding what web 2.0 is and will be like will be key for the IT industry.Due to social distancing all over the world, the Internet usage has increased by leaps and bounds. 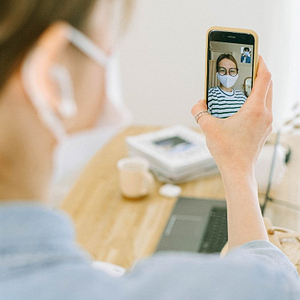 As a first reaction, several companies tried to decrease the use of bandwidth of their services (such as Netflix) due to threat hunting. However, soon people were pleasantly surprised when they noticed web efficiency would not drastically decrease. At the same time, several organizations, including some historically reluctant to use the Cloud, saw in it the opportunity to continue operating in critical times, even increasing its use. For example, Azure reported the use of its services increased more than 700%. Many organizations (such as governments) modified their statutes and/ or recommendations to allow the use of services in the Cloud.  The average citizen is showing a great interest in getting to know and use different tools the web offers for free, including  teleconferencing services (such as Zoom or Google Meet), social networking sites and portals (such as Instagram, Reddit) among others, all of them reporting an incredible increment in their use. However, more attention is being drawn to web services security aspects, and as a result, remarks or jokes about their security failures  soon have arisen (like in the case of Zoombombing). In the same way, teleworking presents a renewed challenge for companies’ security policies, since they are not only concerned about their equipments onsite but also about the devices used at home.

If we reflect upon the aforementioned, we will find there is common ground among the terms  Internet, Cloud, Security and Use of the web as a tool. If you have heard of purdue model cyber security, you will know that it is an efficient way to secure the data on cloud to protect connected devices. That is, a user does not only constitute a sheer recipient of information but also becomes a participant in this social phenomenon named social web or 2.0 web, which has been very much impulsed by the current context. Back in 2004, it was foreseen the success of businesses that used the web as a platform, like the case of long tail businesses. It is not coincidence that Jeff Bezos could become the world’s first trillionaire.

As an example, and in order to understand this phenomenon, we can reflect upon the education system. Several organizations had already planned and used platforms for students to hand in their homework digitally. Nevertheless, in the light of the current crisis, this is not enough. These organizations are now forced to reinvent themselves quickly and learn how to coordinate work teams remotely, delegating responsibilities to students and their family groups, introducing online activities, etc. They have been forced to take advantage of different web tools to complement their work methodology so far. This not only challenges methodology but also learning paradigms. For example, a traditional university can be contrasted against online platforms like Udemy or EdX.

Apart from that, we can also mention the rise of e-sports. Before mass media, a person had to physically attend a sport event, whereas now, any person can subscribe to special packages in order to watch car races in 4K from home.  The web, as a game platform, has resulted in online competitions like StarCraft, which has practically become the official sport of South Korea. Nowadays, the e-sports industry has reached an annual billing of, at least, 700 million dollars worldwide.

So as to conclude, it is expected that community quickly starts accepting web services, including payment ones.  E-commerce companies’ success (which have their own logistic services), the increase in the use and culturalizations of codes from networking sites (such as the verb “Google”, TL; TR,  the Coffin meme, etc.), the legal proposals considering the web an essential service, the legalization of telemedicine (already existing in other countries), the universalization of laws for the protection of data and intellectual property (which means that people are the owners of the contents they generate and responsible for them), the unification of services in one cable (telephone, multimedia content, Internet), the disappearance of the landline telephone, services digitalization , the success of digital assets (game chests, badges in communities, etc.), the reduction in the cost of online service (e.g. Notion), etc. The ics cyber security companies which are hired for security purposes basically help in channelizing and securing data throught various networks and fields.

About the Author: Gustavo Weisz